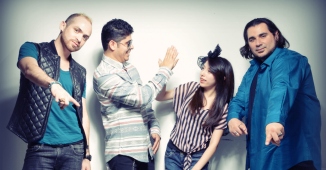 Son de Rey is giving back to the Round Rock community this weekend with a special concert benefitting Stony Point High School Project Graduation.

What is Project Graduation? The event is a nationally recognized alcohol and drug free party designed to give high school graduates a safe alternative to celebrating their special night. Statistics have shown that students celebrating on the evening of graduation can experience one of the most dangerous nights of their young lives.

The show is open to the public. Tickets are $5 in advance, $8 at the door.

All ages are welcome!

Additional Shows To Check Out In January:

Think we can do it again this year? Show your support and cast your vote today by clicking HERE, and heading on over to the Music Poll.

Also feel free to cast a vote for any of our individual band members, including:

Visit this link to vote: http://www.austinchronicle.com/polls/musicpoll/14/

Keep in tune with us throughout the month… Thanks for your continued support! 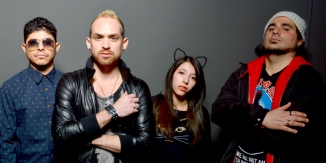 Last Show of The Year

We hope the holidays have treated you and your families well. Thank you for sharing this awesome year with us. With you support we’ve been able to accomplish wonders including a tour across Texas, 3 Austin Music Awards Nominations, 2 music videos, and now the production of a full length album.

Thanks for your continued love and support! We couldn’t be more humble. In celebration of the year, and the next one to come join us this evening as we make our return to El Sol y La Luna on 6th and Red River – Austin, Texas.

Nos vemos muy pronto! Also, be sure to add The Ojos Azules – EP to your new years playlist. Download on iTunes. 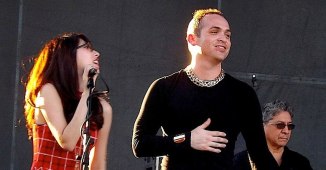 Did you know Scholz Garten is the oldest operating business in Austin? It was added to the National Register of Historic Places in 1979 and was recorded as a Texas Historic Landmark in 1967.

This Friday, Son de Rey will play for the first time at the historic venue. The show runs from 5-8 PM. Triple Threat & The Boogieman will follow after. Come out and support live music!

Son de Rey would also like to thank everyone for taking part in their successful Indiegogo Campaign that took place in the month of November.

For more shows this December visit our website, or track us on BandsInTown.

As our campaign nears it’s final hours, we want to give you a small gift to show our gratitude for helping us get closer to our fundraising goal. Click here to download our new single “Pray For A Lover” for free on CD Baby.

We hope you’ll take the time to check out our campaign and chose your donation by selecting a perk such as CDs, T-shirts, posters, or a private show. Here’s a sneak peak at some of our gear along with an album concept we received from a talented graphic designer.

Thank you all who spread the word and backed our campaign every step of the way. It wasn’t an easy task, but we pushed through every day and gave this campaign our all. Thank you fans, friends, and family for guiding us in our next big chapter.

All funds raised in current will go towards merchandise, studio, and marketing costs. But what happens if we don’t reach our goal? The answer is simple, we’ll still push forward raising funds this year to give you a new album by December 2015. It’s our promise to you!

Have an amazing day, enjoy your free download, and we hope you’ll help us with one final push in reaching our goal on Indiegogo.
– Son de Rey

It’s crunch time for Son de Rey’s Indiegogo Campaign. We want to put Son de Rey CDs, t-shirts, and new music in your hands. Here’s how you can help make that happen!
If you’d like to make a contribution on behalf of your family or business, or pre-order Son de Rey merchandise visit our page and select a perk or donation amount: http://igg.me/at/sonderey/x/8365107
Here are some cool things you can get when you contribute to our campaign:
$5 – Autographed Poster
$15 – Autographed CD
$20 – Autographed Poster & CD Combo
$25 – Son de Rey T-shirt
$30 – CD & T-shirt Combo (Best Deal Ever)
$100 – Deluxe Package And More
$250 – Private Show Deposit
$1000 – Private Show for any event.
If you can’t make a contribution then just help spread the word by sharing this blog post or campaign link 🙂
Thanks for your support! CUMBIA.
– Son de Rey

Watch the video below, or visit our Indiegogo page to learn more.

Son de Rey released “Pray For A Lover” this past summer with a killer video, but how did the group come up with the catchy new single that is miles different from their earlier music releases?

In this interview frontman Luis Miguel Ramirez talks about his inspiration when writing the song and reveals the group is launching one of several fundraisers to launch Son de Rey’s first full length album (LEARN MORE).

Visit Son de Rey’s Indiegogo page to learn how you can make a contribution to the new project.

Watch the full interview below: 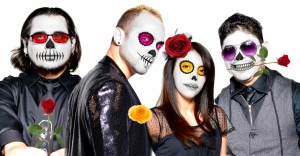 Will you be in Austin October 25? How about catching one of the hottest festivals of the month with a friend for FREE! We are giving away 2 pairs of tickets to the Dia De Los Muertos Festival happening October 25 at the Oswaldo A.B. Cantu/ Pan American Recreation Center benefiting Easter Seals of Central Texas.

Just enter your email address by clicking here and you’ll be entered for a chance to win tickets for you and a friend! 2 winners will be selected and announced on October 23, “Son de Rey Day” in Austin, Texas.

So why not give it a shot? CLICK HERE and enter your email address for a chance to win.

It’s official. Son de Rey will receive a proclamation from the City of Austin, Texas on behalf of Mayor Lee Leffingwell. October 23, 2014 will be known as “Son de Rey Day” in the city.

There will be a televised performance of “Pray For A Lover” at City Hall 5:30 PM.

We would like to thank all the fans, promoters, musicians, and media who have shown tremendous support for this project through every chapter.

Rest assured, we will continue pushing the envelope in the Austin music scene .

See our upcoming show dates and performances below:

Download our new single “Pray For A Lover,” now on iTunes.